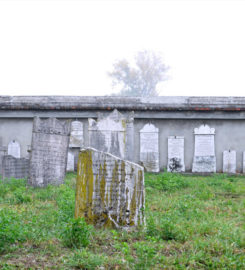 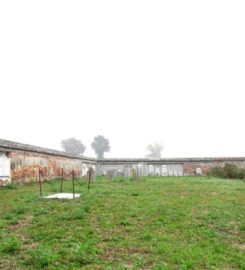 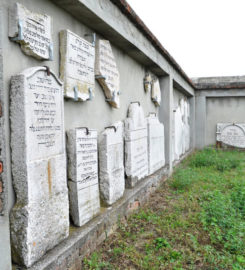 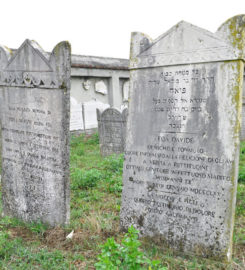 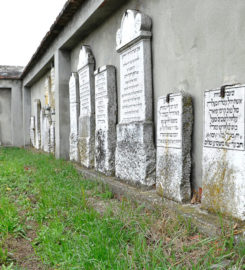 The Jewish cemetery of Sabbioneta is situated outside the Renaissance city walls, beyond the Porta Imperiale. The location of previous burial grounds is not known; a document from 1788 remains as of today, the terminus ante quem as far as the founding of this cemetery is concerned. At that time, it was an elongated rectangular plot of land, belonging to the Jewish Forti family; in 1806 it was joined together with a similar-sized piece of land next to it. There were no subsequent changes made to the surface area of the cemetery, but various modifications have been made to the boundary wall and entrance gate.

Several gravestones were destroyed or stolen during the years when the cemetery was abandoned, after the Jewish community was dissolved in the early twentieth century; however, it might be that some graves were never marked with tombstones.

After the restoration work, the few gravestones that remained were grouped in a corner, or attached to the perimeter wall. Most of them are without any particular decorative features, and bear inscriptions in Hebrew only; very few have Italian translations, which began to appear only from the second half of the nineteenth century onwards.

The last gravestone dates from 1937. It is for the engineer Vittorio Forti: resident in Milan, but born in Sabbioneta, he wanted to be buried in his community of origin.

Visits by booking only